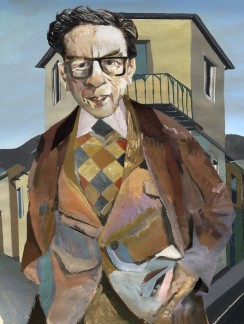 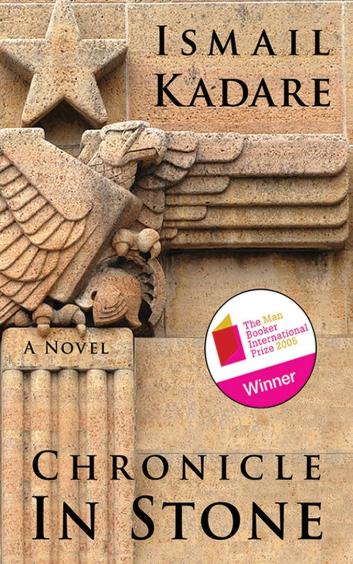 To say that I am discouraged because the recent Man Booker International Prize was awarded to A Horse Walks Into A Bar, is an understatement. As I stated on Twitter, perhaps the books written with satire (i.e. angry accusation) are the only ones the judges will choose lately. Consider Paul Beatty’s The Sellout, which won the Man Booker last summer.

But, let’s move on to Chronicle In Stone, winner of the Man Booker International Prize 2005, which is written in gorgeous prose. It is a book with incredible symbolism, subtle and sweet, whose elements of magical realism and personification make it more real to me than if I had lived in Albania in the 1940s myself.

“I thought about how the countless raindrops were gathering their rage down below, the old ones that had been languishing there so long getting together with the newcomers, the drops unleashed by tonight’s storm, plotting something evil. Too bad Papa has forgotten to move the pipe. The waters of the storm never should have been let into our well-behaved cistern to stir up rebellion.”

What brilliant writing! What exquisite symbolism for the woe that Albania had faced, and would continue to face, in its violent existence as a country.

The difficulties in Albania’s history, of invasion by Greece, Italy and Germany, as well as civil unrest, are told through the perspective of a boy, an innocent boy who thinks it will be interesting to visit the slaughtering house in the city, and then upon seeing it covers his eyes and runs in horror. He loves the aerodrome, built in a field for the airplanes. He does not consider their purpose in war, and is baffled at his parents’ astonishment when he mourns their take-off.

The narrative is interspersed with sections entitled FRAGMENT OF A CHRONICLE, paragraphs which begin in the middle of a sentence, or leave off with the first two letters of the next word. They support the story with fact, being less imaginative than the young narrator’s point of view.

Early in the novel he finds a glass lens amidst his grandmother’s things, and when he holds it up to his eye things immediately sharpen. It is a perfect analogy for how his eyes will be opened as he matures in Albania, clearly seeing all the discord. The story begins slowly, evocative of youth and innocence, gradually becoming more real and therefore more horrific. For who can hide from the tragedies of war for long? Eventually our eyes are opened, and we must leave our innocence behind.

Truly, this is a magnificent novel.