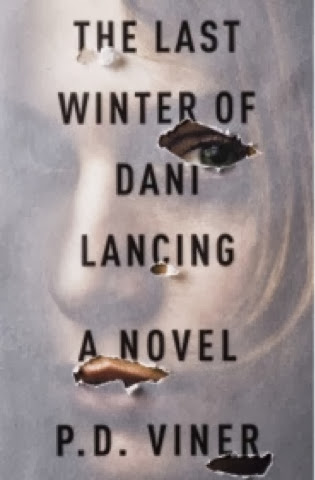 The Last Winter of Dani Lancing by P. D. Viner promises to join the ranks of the novels written by Tana French, A. S. A. Harrison and Gillian Flynn. In terms of suspense, in terms of grabbing the reader’s attention before hurdling them towardthe precipice of a conclusion, I suppose this would be true. But, I found this novel by P. D. Viner ought to be read for more than the plot alone. A plot, by way, which made me feel far less manipulated than the unbelievably frustrating conclusion created by Gillian Flynn Gone Girl.

The Last Winter of Dani Lancing poses as a thriller, but to me is also a fascinating look at what it means to love. Or, rather, what twisted forms love can take. Intertwined together throughout the novel are the relationships between Dani and her parents, Dani and a childhood friend who has always loved her, as well as Dani and the man she loved. While I found myself unsympathetic toward Dani herself, my heart broke at the tremendous grief suffered by those who loved her, especially her mother. The repercussions of their grief seemed never ending.

A counterpart to the mother’s grief at the absence of her daughter is Dani’s father, who sees and converses with Dani in his home even after she has died. It’s almost believable to me that their close relationship could continue even though one is living and one is dead. It mattered not if he simply imagined the presence of his daughter; I could imagine her there with him as well.

I’m curious as to the cover of this novel, a cover which resembles Haruki Murakami’s novel 1Q84. Why have Dani peeking out through bits of paper? Perhaps because there is so much of her life to be uncovered.

The Last Winter of Dani Lancing will be published on October 8, 2013. It is a psychological thriller which I found much more palatable than the novels Tana French or Gillian Flynn have written. Well done, Mr. Viner.