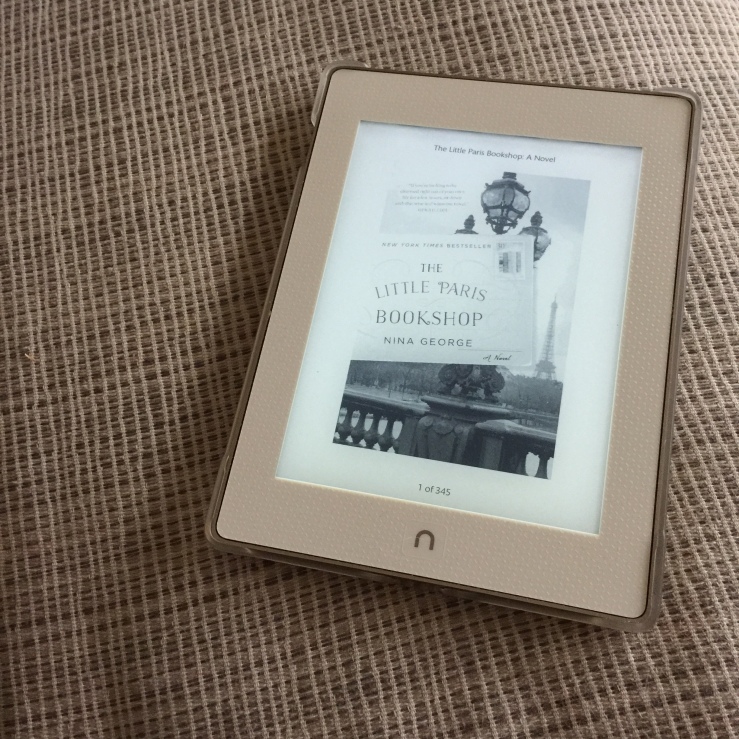 “Whenever Monsieur Perdu looked at a book, he did not see it purely in terms of a story, minimum retail price and an essential balm for the soul; he saw freedom on wings of paper.”

I love this book; I’m annoyed with this book.

I love it because it reminds me of Paris, of all the book stands along the Seine. I love the mention of many wonderful books, which I will list at the bottom of the post. And, I love a romantic story, especially one set abroad.

Yet, I’m annoyed. Jean Perdu is likeable enough, but please. It’s like reading about a cat named Cat. Perdu means lost in French, as anyone with two years of high school French could tell you, and it irritates me to read about a “lost” man with a surname of, essentially, Lost.

Jean Perdu has been lost since his lover, a woman named Manon, left him when he was 29 years of age. It seemed she wanted it all: a husband named Luc, with Jean on the side as her lover, and the author gives us a page or two of reasons why this is perfectly acceptable. After all, she reasons, who doesn’t have enough love for everyone?

Three decades later Jean is handed an unopened letter written by Manon, found in a drawer by his grieving neighbor, Catherine, with devastating news. News which now he can do nothing about as it happened so long ago.

He unanchors his book barge, Literary Apothecary (a charming name, to be sure, as Perdu recommends books he specially chooses for each individual customer) and embarks on a river adventure with a young author named Max, and an Italian man named Silvio. Each are in search of a resolution of his own.

p.p.s. I have not abandoned Captivity; I simply read this for Saturday’s book club discussion.