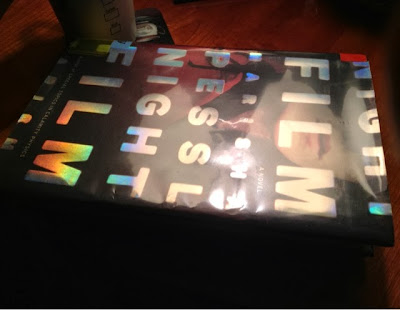 Fazioli pianos. Ravel and DeBussy. A red coat which sparks immediate interest with anyone who has see it before. A girl who leapt to her death for unknown reasons, and her father who was a reclusive director of horror films; these are a few of the components of this richly imagined mystery.

We follow investigative journalist Scott McGrath, a coat-check girl named Nora, and a strung out twenty-something year old boy named Hopper as they strive to uncover the mystique surrounding Stanislav Cordova, film director, and the circumstances which lead to his daughter Ashley’s death. 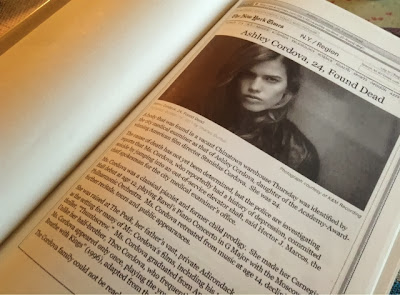 Alternating between the pages of text are pages as if lifted from the Internet. It is an extraordinarily effective technique to make the story seem as if it actually happened, especially in this world of today’s technology. And we can only be grateful it isn’t real, for as the story unfolds it is one of unspeakable horror.
What is more terrifying than Black Magic? Spells and evil? Only the idea of a deal being made with the devil, and worse yet, a deal involving one’s own child.
I almost can’t continue with only 100 or so pages to go. I think I’ve got the idea, and yet? How can I rest without knowing the conclusion for certain?
So, I have finished the book. And while it didn’t go fully into the darkest places I’d imagined, it danced around their edges, and in the dancing I felt dizzy. Not satiated by a clever mystery as much as left hanging to sort things out for myself; with Cordova, in a small hut on an obscure island, where he could at last tell his story. It took us a long time, and many head games, to get there.