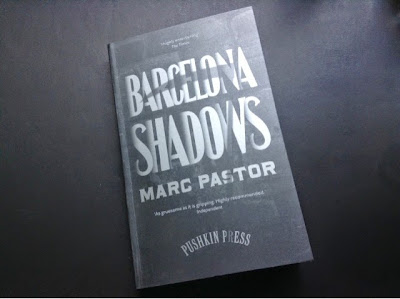 As a person who is terrified by horror films, I wondered if I could read this book. And yet the writing is so good, the subject matter so appalling, I could not pull myself away. Barcelona Shadows is a fictionalized account of a woman who actually lived (in the early 1900’s), if one could call her a woman rather than a monster. Or, a vampire.
Enriqueta Marti scours the streets of Barcelona, with the assistance of a lad named Blackmouth (his teeth darkened from drinking blood), looking for children. Children whom she will steal and kill; she has marinated a heart in honey and white wine with a few sprigs of rosemary before devouring it.

“You still haven’t asked me,” she says and sits down in a doorway.
“Asked what?”
“Why I want the children.”
He stammers.
“I…the other day…”
The dark girl with big crying eyes, the machete sinking into her flesh, the blood dripping into the bowl under the table.
“They are life, innocence, everything adults have lost and want to get back.”

Pursuing her is Inspector Moises Corvo, a heavily mustached man with a demeanor beyond brusque. He slaps those he questions if they don’t respect him, if they try to answer his questions with lies. He is caustic and irreverent and determined. But, he suspects that the kidnapper of children he is trying to track in the shadows of Barcelona is a man.
Attempts by the Chief of police to stop Corvo from looking for the killer (“There is no case, there are no missing children.”), only convince him to search deeper. He is exactly the kind of policeman I most admire, defying unjust authority when he knows it is wrong.
I’m surprised by how much I enjoyed this book. Rather than being so gruesome I couldn’t bear to turn to the next page, it was a thriller beyond compare. The writing is exquisite, the case is strangely fascinating, and the search caused me to read ever faster until the conclusion. Well done, Marc! Your novel is fantastic. 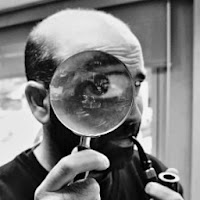 Marc Pastor (born 1977) studied criminology and crime policy, and works as a crime scene investigator in Barcelona. He is the author of four novels: Montecristo, Barcelona Shadows, awarded the Crims de Tinta prize in 2008, L’any de la plaga and Bioko. Richly atmospheric, his work spans a range of genres, from Sci-Fi to Gothic via the adventure novel. Barcelona Shadows is his first book published in English. ~Pushkin Press