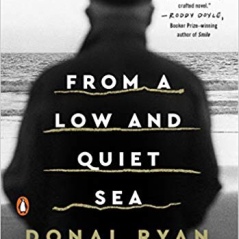 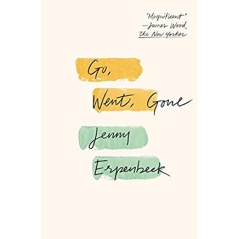 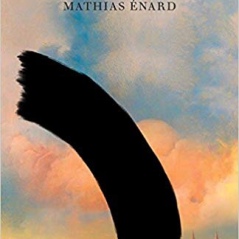 It is no surprise that when I review the list of approximately fifty books I read in 2018, the ones which are my favorite are all (but one) in translation. But, that does not make them inaccessible for readers who do not normally pick up translated literature. In fact, if you are tired of the same boring mysteries, the same boring love affairs, the same boring story told over and over again, I can’t recommend each one of these enough.

And now, I wish you a Happy New Year, and many joyous reads ahead in 2019!

Leave it to Jenny Erpenbeck to write the most compassionate novel about refugees I have ever read. In my mind, even Exit West by Mohsin Hamid cannot compare.

Perhaps it is not only because of her beautiful writing that she is able to do this; perhaps because she is German she has an idea of what being a refugee must be like.

When I taught in Germany during the 1980’s the Wall was still up. My husband and I rented an apartment from a man whose father had come to visit friends and was never allowed back to his home in the East. We saw films of people trying to escape into the West, and it was horrible.

Our narrator, Richard, lives in Berlin after the Wall has been taken down. I found him to be alienated from his country in ways that faintly resembled how the Africans were alienated from theirs.

In 1990 he suddenly found himself a citizen of a different country, from one day to the next, though the view out the window remained the same.

If being a refugee is like being a stranger in a land, than Richard himself qualifies as one in telling this story of his past and Germany’s present.

His terrain has changed not only with the fall of the Wall, but with the death of his wife, the absence of his lover and now the end of his career. As he tells us of his youth, in the East side of Berlin, we hear of pain and suffering which resonates with that of the refugees whom he is so curious about.

His curiosity expands into “interviewing” the African refugees when he visits them in the nursing home where they have been temporarily moved, then helping them, and finally befriending them.

Some of my fellow bloggers have suggested that this novel is more about the theme than the writing, and indeed, the theme of the refugee’s plight is relentless. But, the novel is compassionate, and thought-provoking, and in many ways uncomfortable to me as I examine my own thoughts regarding this current issue in our world.

One of the most striking pages to me was one in which on a field of white, the only sentence was this:

Where can a person go when he doesn’t know where to go?

Some favorite quotes, highlighted as I read:

He can’t even comprehend that his departure is just a part of everyday life for all the others – only for him is it an ending.

…everything he’s ever studied – is now his own private property and nothing more.

Today alone, six people died in swimming accidents in the greater Berlin area, the newscaster says in conclusion, a tragic record, and now it’s time for the weather. Six people just like that man still at the bottom of the lake. We become visible. Why didn’t Richard see all these men at Alexanderplatz?

The Africans probably had no idea who Hitler was, but even so: only if they survived Germany now would Hitler truly have lost the war.

Now, too, he is experiencing such a moment; he is reminded that one person’s vantage point is just as valid as another’s, and in seeing, there is no right, no wrong.

When you become foreign, Awad says, you don’t have a choice. Somewhere here is where the problem lies, Richard thinks: the things you’ve experienced become baggage you can’t get rid of, while others – people with the freedom to choose – get to decide which stories to hold on to.

Learning to stop wanting things is probably one of the most difficult lessons of getting old. But if you don’t learn to do that, it seems to him, your desires will be like a bellyful of stones dragging you down to your grave.

For a long time the old man and this young man sit there side by side at the desk, watching and listening as these three musicians use the black and white keys to tell stories that have nothing to do with the keys’ colors.

Buy with free international shipping and delivery from Bookwitty.

Several years ago, I was only able to read one book for the Independent Foreign Fiction Prize. It was The Detour, by Gerbrand Bakker, and I was not surprised to find that it was named the winner in May, 2013. That is how I feel about The End of Days, a book which is written with such tender and insightful prose it nearly takes your breath.

This novel is many things. The fly-leaf says, “A novel of incredible breadth and amazing concision, and the winner of the prestigious Hans Fallada Prize, The End of Days offers a unique overview of the twentieth century by “one of the finest, most exciting authors alive” (Michel Faber). And while it certainly is a portrayal of Germany’s history from 1900 through the next hundred years, it is so much more.

None of the characters are named. They are simply the baby, the oldest daughter, the mother, the grandmother. Yet we are able to understand who is who as the characters are woven together through five books, in between which comes an Intermezzo.

Each of the five books supposes a different scenario with the female protagonist. (Done far more brilliantly than Kate Atkinson’s work in Life After Life.) First, there is the baby who dies an infant.  In Book II, the author imagines that the baby had lived and is now seventeen years old living in Vienna. In Book III, the girl is a woman in her thirties who has entered the Soviet Union and lives in Moscow. In Book IV, the woman is in her 60’s and living in Berlin. The novel ends with Book V, when the woman is 90 and visited by her son in the nursing home where she is cared for. Through each of these scenarios, we see the impact that history has made particularly on the Jewish people, the Germans, and the Russians. But the scope is much larger than that. We see the impact of life on humankind.

I could not stop highlighting certain passages:

Jenny Erpenbeck was born in East Berlin in 1967. She is the author of several works of fiction, including The Book of Words (2007) and Visitation (2010), both translated by Susan Bernofsky and published by New Directions. The End of Days won the prestigious Hans Fallada Prize in 2014. Also an opera director, she currently lives in Berlin.