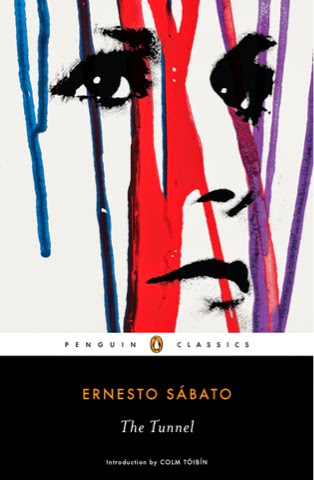 “And yet she knew that in that very same moment she was enjoying so calmly, I was suffering the tortures of the damned in my personal hell of analyzing and imagining.”

In The Tunnel, Juan Pablo Castel recounts in an extremely lucid and rational way, his love for a woman named Maria Iribarne. He first sees her looking at one of his paintings with admiration and understanding; he then goes about the city of Buenes Aires looking for her. He waits endless hours until he does, in fact, catch up with her.
They begin a relationship, a love affair of great strength, which is slowly torn apart by his paranoia. We see him become increasingly irrational, but he tells his story so clearly it’s almost impossible to decipher his madness until his final actions. Like many important novels told from the point of view of a crazy person, here I’m thinking of The Catcher in the Rye, I wonder if the world around the narrator isn’t at least as crazy as he.
Quotes I highlighted from the text:
“The phrase ‘the good old days’ does not mean that bad things happened less frequently in the past, only – fortunately – that people simply forget what happened.”
“…for me memory is a glaring light illuminating a sordid museum of shame.”
“I am animated by the faint hope that someone will understand me – even if it is only one person.”
“…we all know that we have greater reason to detest the things we know well. But I have still another reason: THE CRITICS. They are a plague I have never understood. If I were a great surgeon, and some fellow who had never held a scalpel in his hand, who was not a doctor, and who had never so much as put a splint on a cat’s paw, tried to point out where I had gone wrong in my operation, what would people think?”
“Was our life nothing more than a sequence of anonymous screams in a desert of indifferent stars?”
“Dear God, how can you have faith in human nature when you think that a sewer and certain moment of Schumann or Brahms are connected by secret, shadowy, subterranean passageways.” 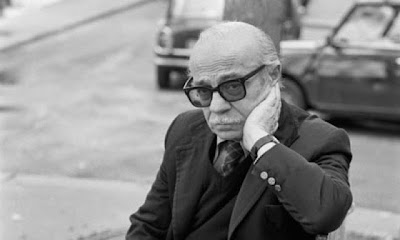 Ernesto Sabato (June 24, 1911 – April 30, 2011) was an Argentine writer, painter and physicist. According to the BBC he “won some of the most prestigious prizes in Hispanic literature” and “became very influential in the literary world throughout Latin America”. Upon his death El País dubbed him the “last classic writer in Argentine literature”.