As June approaches, so my thoughts turn to Japanese literature. For that is when I typically begin the Japanese Literature Challenge which runs through January. I wondered how I would make it fresh this year, but my friend Parrish Lantern felt that it needs no added incentive; reading Japanese Literature is its own reward. For those of us who love it, that is surely so.

But, I’ve been reading Jacqui‘s, and MarinaSofia‘s, posts concerning their #TBR20 (stack of twenty books waiting to be read), and I realized I’d like to do the same with my own stack of Japanese literature. It has accumulated to double stacked shelves, since the first Japanese Literature Challenge begun in 2006, and now I plan to read these books for the ninth Japanese Literature Challenge this year: 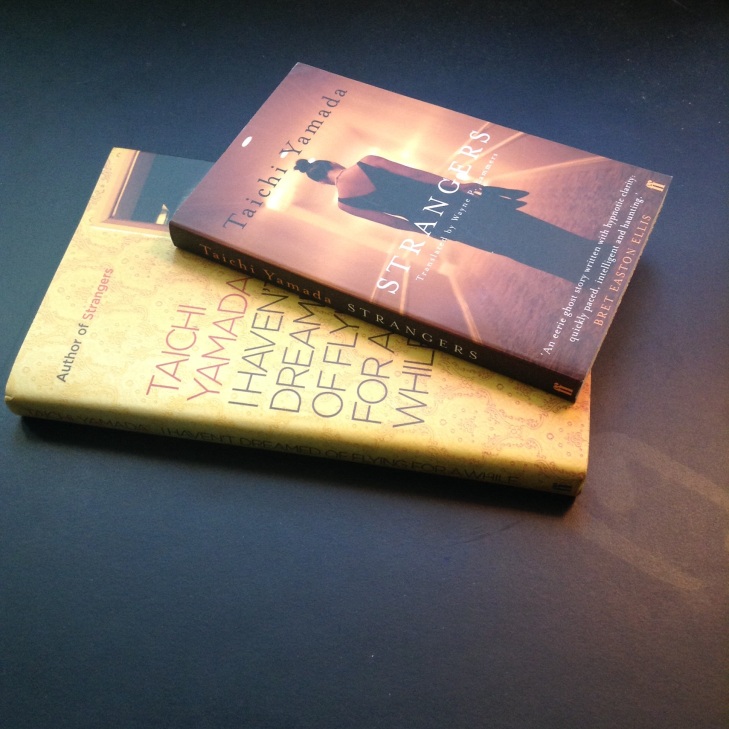 I Haven’t Dreamed of Flying For Awhile by Taichi Yamada (purchased because I loved Strangers so much);

Evil and The Mask and Last Winter We Parted by Fuminori Nakamura (because I loved The Thief so much);

The Tattoo Murder Case and Honeymoon to NoWhere (because I’ve not read anything by Akimitsu Takagi before); 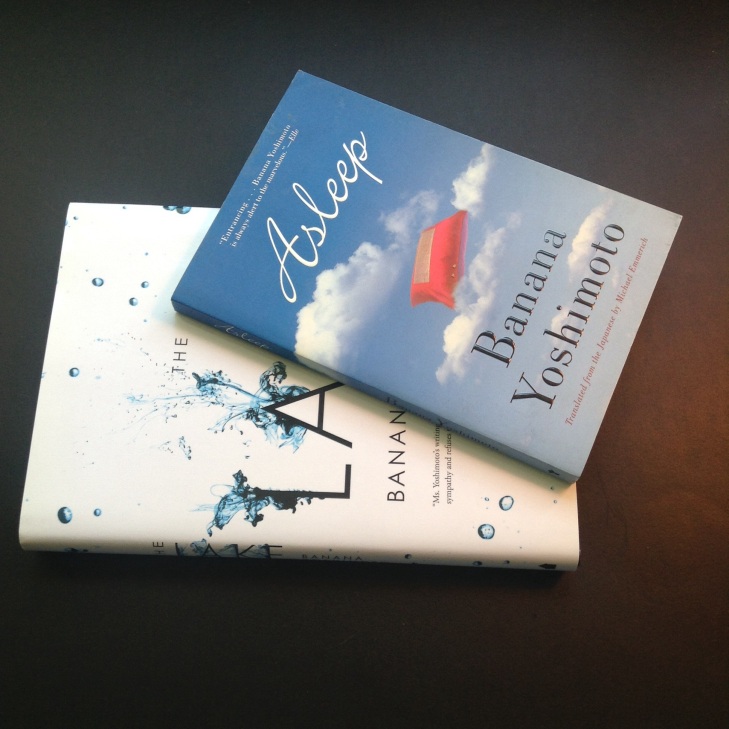 Asleep and The Lake by Banana Yoshimoto (because a dear friend bought me Asleep when she heard how much I enjoyed Kitchen, and I was sent a first edition of The Lake years ago); 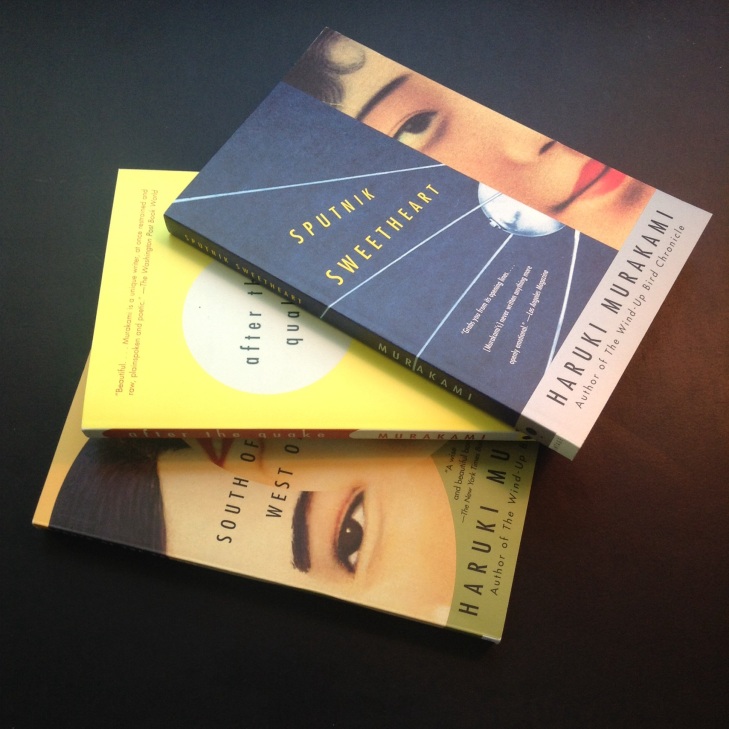 South of the Border, West of The Sun, After the Quake,and Sputnik Sweetheart by Haruki Murakami (because those are the only three books left that I haven’t read of all he’s written);

Spring Snow and Runaway Horses by Yukio Mashima (because they are books 1 and 2 of his Sea of Fertility series);

The Decay of the Angel and The Temple of Dawn by Yukio Mishima (because they are books 3 and 4 of the Sea of Fertility series);

Nocturnes and Never Let Me Go by Kazuo Ishiguro, as well as: 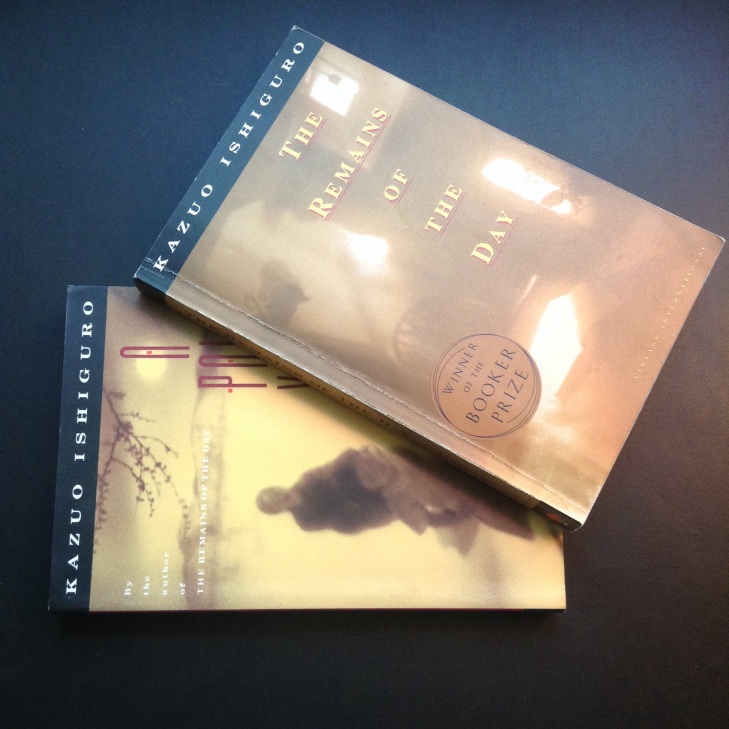 Naomi and Seven Japanese Tales by Junichiro Tanizaki (because I’ve not yet read anything by him, and the Tanizaki Prize is one of the most sought-after writing awards in Japan).

Soon the Japanese Literature Challenge 9 will begin. The review site is here, where those who wish to participate can leave links to their reviews. As a reminder, the challenge runs from June, 2015 until January, 2016, and all you “have” to do is read at least one work of Japanese Literature.

The review site has a page called Suggested Reading in case you’re looking for further titles. However, if anyone wishes to read any of the books I have listed above, I would love to have a shared read together. Just let me know. 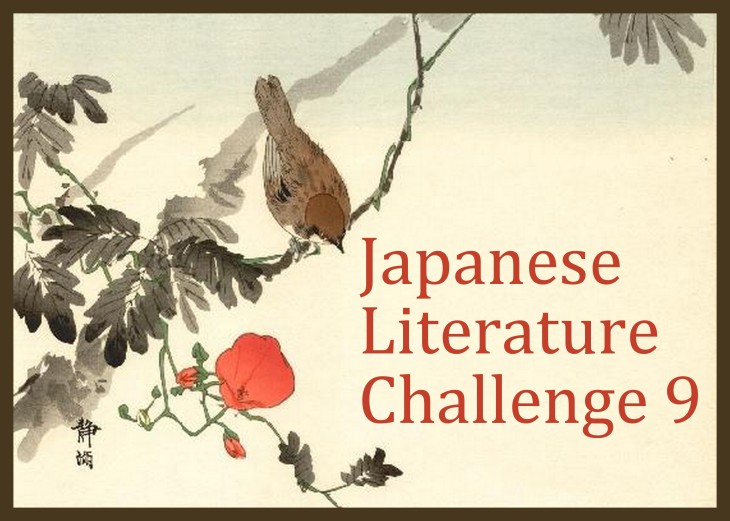 I hope you are as eager to begin as I, and remember these famous words from Haruki Murakami: “Whatever it is you’re seeking won’t come in the form you’re expecting.”

We will hold ourselves wide open to possibility.

How delighted I was to receive four copies of Banana Yoshimoto’s latest novel, The Lake, from Melville House publishers. Their publicist had seen my longing for this book here, and he kindly offered to send me a copy or two. As the book won’t be published until May 3, 2011, I’m so excited to receive one now.
I can’t read it yet, as my Lenten promise is not quite fulfilled, so here’s my plan: I’m going to give away one for this post today, one for my review post when I’ve finished it, and one for the Japanese Literature Challenge 5 which will begin June 30, 2011. That way, there will be multiple chances for you to obtain a copy of your own. Which you’ll want. Because Banana Yoshimoto is awesome.

Advance praise for The Lake:
“The simplicity of this elliptical novel’s form and expression belies its emotional depth. There’s almost an artistic sleight of hand in the latest from Yoshimoto…a novel in which nothing much seems to happen yet everything changes.” ~Kirkus Reviews (starred review)
“Yoshimoto’s marvelously light touch is perfectly captured by Emmerich’s pristine translation.” ~Publishers Weekly
“Yoshimoto aficionados who have savored any of the dozen-plus novels she’s written over the last three decades since she became a near-instant pop literary phenomenon with Kitchen will recognize her signature crisp, clipped style…and revel in her latest cast of quirky characters. Newbies with a penchant for Haruki Murakami’s mind-bending protagonists or Yoko Tawada’s sparse precision will do well to begin their so-called Bananamania with this beguiling title.” ~Library Journal

Mailbox Monday is hosted this week by Passages To The Past.

He still seemed slightly embarrassed about his late-night visit. I felt strange. N.P. is just a book, for heaven’s sake. Even if you become obsessed with the book, eventually you should be able to chase it out of your mind, unless you’re tragically flawed.

But what was the deal with these people? Take Sui, for excample. At first she seems real to me, as she talks, shakes her hair off her face, smiles with her full lips, spills food, has gooey nosebleeds. She reacts to what I say in real time. But then reality starts to creep away, and everything goes fuzzy, and it feels unreal to me. It’s been that way since I met her. She is N.P. (p. 88)

What’s N.P.? Literally, the initials stand for North Point. But, it’s a collection of short stories written by Sarao Takase, a very unhappy Japanese writer. For some reason, when the ninety-eighth story is translated from Japanese to English, the translator commits suicide. Takase himself took his life, leaving behind a wife and two children. It is through the eyes of these two children, their older half sister, Sui, and the narrator, Kazami, that Banana Yoshimoto touches on themes of lesbians, religion, writing, friendship, family, and to me, growing up.

All three of them smelled strongly of their pasts, when life was vital and rich. For me, being with people like this seemed like being in a flower garden that is subtly out of sync with reality. I felt that strongly. This time in my life was splendid, beautiful. But there was a limit. It couldn’t last forever. I would open my eyes and wonder why I was still there with them. (p. 135)

It reminds me of my youth, when everything seemed new and exciting. When summers shone brighter than any other season, and the idea that there was nothing I couldn’t do felt impossible. 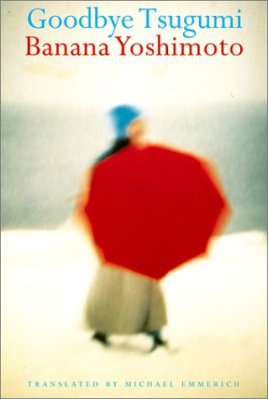 “It’s a marvelous thing, the ocean. For some reason when two people sit together looking out at it, they stop caring whether they talk or stay silent. You never get tired of watching it. And no matter how rough the waves get, you’re never bothered by the noise the water makes or by the commotion of the surface—it never seems too loud, or too wild.” (p. 22)

“Each one of us continues to carry the heart of each self we’ve ever been, at every stage along the way, and a chaos of everything good and rotten. And we have to carry this weight all alone, through each day that we live. We try to be as nice as we can to the people we love, but we alone support the weight of ourselves.” (p. 39)

“I felt a little lonely as I strolled back to the inn through the gathering dusk, alone this time. I wanted to hold on to the particular feeling of languor that I got as I walked the streets of this town, the town of my past, which I would lose when summer ended. This world of ours is piled high with farewells and goodbyes of so many different kinds, like the evening sky renewing itself again and again from one instant to the next-and I didn’t want to forget a single one.” (p. 111)

I kept expecting Tsugumi to die, kept waiting for the farewell, kept waiting for the tears that separation always brings me. But, this is not what I found. Instead, I found a story told through the eyes of a girl in her late teens: of her summer, the beginning of her new life in Tokyo, and most of all of the relationship she has with her dramatic, self-obsessed cousin, Tsugumi.

The most I can do at this point is write three favorite passages from the novel, which I did at the top of the post, and hope for a more enlightening discussion at Tanabata’s on August 30.

When I went to the dermatologist Monday, having developed a rash on my face (my face! at Christmas!) due to all this flipping stress at school, the nurse asked me what I was reading.

“Oh, just a lovely Japanese book,” I said, tucking Kitchen under my arm.

“In Japanese?” she asked, astounded.

However, I would dearly love to have read this book in Japanese. I often wonder what is lost in the translation from one language to another, especially since Japanese contains characters, not an alphabet. I would hate to miss an important nuance.

I was deeply moved by Banana Yoshimoto’s book. How could an author so young write so knowledgeably about sorrow? Her heroine, Mikage Sakurai, was orphaned by her parents and brought up by her grandmother. In the very beginning of the story, her grandmother has died, and Mikage finds herself truly alone. She writes, on page four, “When my grandmother died the other day, I was taken by surprise. My family had steadily decreased one by one as the years went by, but when it suddenly dawned on me that I was all alone, everything before my eyes seemed false. The fact that time continued to pass in the usual way in this apartment where I grew up, even though now I was here all alone, amazed me. It was total science fiction. The blackness of the cosmos.”

I have known was it is to be alone, but not at 24 years of age. Not totally without family. It gave me pause to think; where would one go? What would one do?

Mikage finds comfort in a kitchen. (This would not be my first place of solace; I’d probably opt for a church, myself. Or, a school.) “The place I like best in this world is the kitchen. No matter where it is, no matter what kind, if it’s a kitchen, if it’s a place where they make food, it’s fine with me.” p. 3

Her interest in the kitchen, her gifts in working with food, open doors for her as the novel unfolds. A friend’s mother advises her with these words: “Because I have a lot of faith in you, I suddenly feel I ought to tell you something. I learned it raising Yuichi. There were many, many difficult times, god knows. If a person wants to stand on her own two feet, I recommend undertaking the care and feeding of something. It could be children, or it could be house plants, you know? By doing that you come to understand your own limitations. That’s where it starts.” p. 41.

I couldn’t agree more. Taking care of others is often the way to take care of ourselves, at least for me.

And so we find Mikage bravely seeking her place in the world and finding love in the process.

About the author from Things Asian: “In her native Japan, Banana Yoshimoto, daughter of renowned 1960’s New Left philosoper Ryumei (Takaaki Yoshimoto) and sister of popular cartoonist Haruno Yoiko, has won much critical acclaim. Her first work, Moonlight Shadow, written while she was working as a waitress in Tokyo (much of it on her breaks and during lulls between customers), won her the Izumi Kyoka Prize in 1986. And Kitchen, which has been made into both a Japanese television movie and a feature length film, garnered her the Umitsubame First Novel Prize. Kitchen has undergone 60 printings in Japan and has been released in translation in more than 20 countries worldwide.”